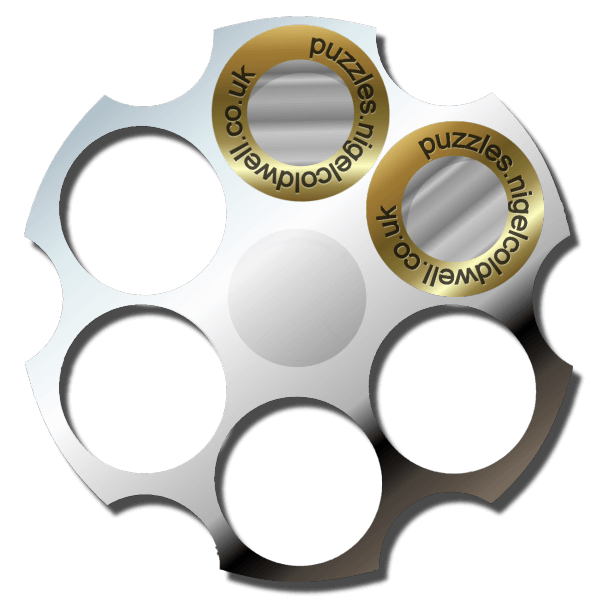 If you have never thought about the analogous question with 1 bullet, (and why would you?) going through it now may help you work on the 2 bullet problem. The working below is also in the answer. . One bullet can be in 6 positions as shown. Obviously you would, with a randomised gun, have a 1 in 6 chance of dying. However, if someone has just fired and survived then we have eliminated the first scenario, B-----, it definitely wasn't that. And we are on the second chamber. We have essentially reduced the game to the following (removing the first row, because it wasn't that, and the first column because that chamber has been fired.): Which is just the same as a standard game of Russian Roulette if there were only 5 chambers in the gun. A 1 in 5 chance of dying is worse than a 1 in 6. So in the case of one bullet it would be in your interest to spin and re-randomise the gun.

If you apply the same technique to the 2 bullet problem I'm sure you will be OK.

Where next?
Questions Answer


© Nigel Coldwell 2004 -  – The questions on this site may be reproduced without further permission, I do not claim copyright over them. The answers are mine and may not be reproduced without my expressed prior consent. Please inquire using the link at the top of the page. Secure version of this page.