Answer to Puzzle #49: Fork in the Road

49. You reach a fork in the road. A sign explains that in one direction is Heaven and the other is Hell. Each path is blocked by a Guard. The sign goes on to say that one of the guards will always lie and the other will always tell the truth, it does not say which guard is which. We assume that the guards do know which path leads to where.

You may ask one question of only one guard in order that you can determine, with certainty, the way to Heaven. What is that question?

I get asked this question all the time. I've resisted including it because I think it's so well known that most of you will already know the answer. But it's here now: 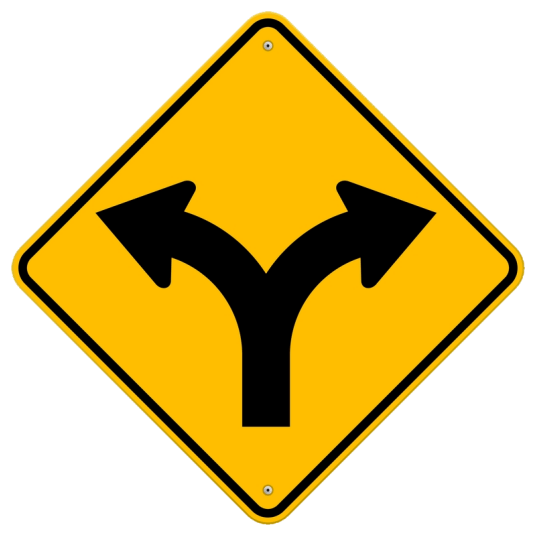 There are lots of set ups for this puzzle. Two paths, two doors, heaven and hell, a lion and a kitten etc. The idea is always the same that there are two guards, one permanent liar, and one permanent truth teller both of which know the correct method of achieving something desirable and you must use logic and one question to retrieve that information.

We have seen the usefulness of permanent liars before, for example in the riddle of the incorrectly labelled coffee machine, what they tell us is not useless. We know it is wrong, which tells us something.

Why does this work?

By asking one person what the other would suggest we have eliminated the uncertainty of who is the liar and ensured that there is always a lie present in our response.

The major assumption here I suppose is that each guard knows the status of the other guard. I think it's probably only down to a lack of rigour or an attempt to reduce the verbosity, that it is not in the question.